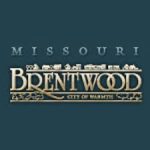 Brentwood is an attractive city for families and those looking for affordable real estate properties. Although it now offers one of the most appealing homes and neighborhoods, Brentwood Missouri wan not always like that.

In fact, it was one of the crime-prone areas back in the early 20th century and was known by its many casinos and dangerous junctions. Nonetheless, several decades have passed and Brentwood sits among the top destinations for home buyers and real estate investors. While it provides limited room for more real estate ventures (since the city has small land to be developed), if offers numerous opportunities for remodeling and acquisitions.

The birth of Brentwood
The land known as Brentwood was formally referred to as Maddenville and consisted of three land purchases that can be traced back to 1804 when Louis Bompart acquired the first lot. The families of Gay and Marshal later made land purchases of what makes Brentwood today. In 1970, Thomas Madden arrived in Brentwood and started several businesses. He operated one rock quarry, opened a barber shop, constructed a tavern, a grocery store and also worked in his own blacksmith shop. Madden soon became quite famous in the area and was the community’s businessman known by everyone who lived there.

His prominence led the dwellers to name the community Maddenville, modestly after his maiden name and the community went on to become a prosperous small town found on the outskirts of St Louis. It had a location on Manchester Trail, and a street car line connected the town to St. Louis. The trail was frequently used by prairie schooners and mail coaches that headed west.

During the early 20th century in 1919, rumors emerged that the neighboring town (Maplewood) was planning an elect to either retain or annex Maddenville. To avoid a possibility of annexation, the residents of Maddenville incorporated the community into a village and on December 15th, it became officially recognized as the village of Brentwood.

Crime history
As aforementioned, Brentwood was not always peaceful and welcoming as it is today and a lot has changed since its birth. Back in the 1920s, Brentwood had one of the worst reputations among its neighboring villages. It was marked by several gambling houses and the intersection between Brentwood Boulevard and Manchester Trail offered a breeding spot for various illegal activities. It was more like a border and a lot of illegal trades and transactions were completed along the intersection. Fortunately, this would only go on for close to a decade before the first mayor came along to clean the village and restore its former family attraction. Mayor James Willingham was elected in 1929 and ran office for three years within which he was able to wipe away the gambling houses together with the thugs who conducted illegal activities in the small town.

In the same year of his election, Mayor Willingham signed the 1A ordinance which established Brentwood as an American city with defined boundaries. After that, crime levels gradually dropped and Brentwood started realizing increasing development, changing into one of the most reputed neighborhoods for both open and conservative families.

Demographics
Brentwood Missouri is still a small town limited by its size. However, it is among the highly sophisticated cities and boasts remarkable developments and amenities. As of the 2010 census, there are around 8,055 people in Brentwood. The census also indicated 1,832 families, 4,136 households and 4,410 housing units. Of this population, whites made up 87.5%, African Americans 3.1%, Native Americans 0.1%, Asians 6.8%, Hispanics and Latinos 2.8%. Other races made up 0.6% while those from two or more races made up 1.9% of the population. Among the 4,136 households, 20.8% were children under the age of 18 while 33.6% were married couples, 46.1% were individuals while 9.5% was the elderly population (above 65 years). The average family size was 2.86 and most homes had female householders.

In terms of living standards and income, the census revealed a median income of $60,643 for the whole city. In the 2000 census, the family median income was $63,311. Poverty levels (those who fell below the poverty line) remained at 3.4% for families and 5.5% for the city. Most of these were children under the age of 18 and adults above 65 years.

Real estate attraction
Brentwood is a little, but very prosperous town with numerous opportunities for real estate. As a small town, there is constant relocation as people move in and out of the community for various reasons. There are various forms of real estate property ranging from small residential apartments and cubes to spacious gated neighborhoods and industrial plans. A good percentage of the population consists of families and married couples which only encourages real estate investors to develop property attractive for such demographics. However, there is always something for everyone and you will seldom miss what you are looking for.

Brentwood Missouri is home to two elementary schools, one middle school and one high school. Its schools are all time Blue Ribbon Winners and are also frequent receivers of Gold Stars. They are known to win the Missouri School of Character Award and are only rivaled by neighboring Maplewood schools. As an inner-ring suburb, Brentwood offers a calm environment away from the buzzing city centers yet close enough to the city to reach any amenity or supermarket for supplies. This is one of the attractive things about Brentwood and the main reason it attract all kinds of people and families. It offers a beautiful private atmosphere for those who prefer to lead a conservative lifestyle and also gives the free-hearts a chance to mingle with the busy town activities.

Summary
Within its 1.96 square miles, you will get different kinds of real estate property and homes. When compared with other suburban cities, the house prices and rates are generally affordable; not too expensive, but not as cheap. Its small size and proximity to town can explain the high rates but this is often of little concern if you consider aspects of security, excellent education, family environment, privacy, infrastructure and amenities. If you are looking for a small neighborhood that is safe and secure, uptown, conservative and sophisticated, then Brentwood Missouri is definitely one of the cities you should consider. Buying a home in the area is very simple and you can find listings online.